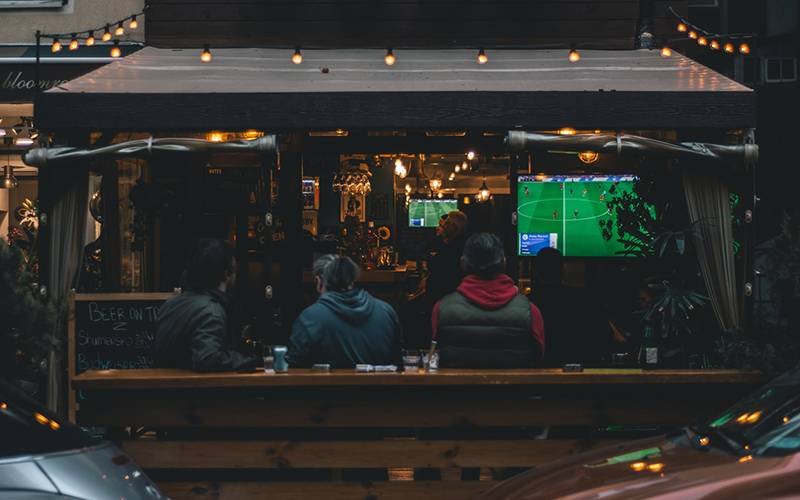 I’m in my dorm alone this week in Sofia, the capital city of Bulgaria. So, I decided to head on a pub crawl to meet other travellers and expats in the city.
I went on the new Sofia pub crawl which truly was an amazing night. When you go on the pub crawl, walk down 6 Septembri towards the Alexander Nevsky Cathedral and go left at the end where you will see a big park, Crystal Park. Walk into the centre of the park and look for the big head statue of Stefan Stambolov. There will be one or two guides standing in front of the head talking very loudly in English and welcoming you, asking you where you are from. I was met by the wonderful Catherine and Penny, to Sofia-based Bulgarians who speak excellent English. In front of the statue of Stefan Stambolov, you will hear the story about it how he was one of the first presidents after the Ottoman empire and quite a controversial figure. You will be asked where you think that you can find images of Stefan Stombolov today. I am not going to give it away, but it is something that you use on a daily basis! When you pay your 20 Bulgarian lev, you will get a receipt and a wristband so that it is official and so that the guides know who they are looking after throughout the night. The guides are very friendly and if there is a large group they will split it into. They are good with checking numbers before moving onto the next bar, so you do not need to worry about getting lost or left behind! First of all, you head to the bar on the corner of Crystal Park where you will hear about the Bulgarian park culture. Drinking is allowed in public parks, provided that you are not making a nuisance of causing any problems. You will be handed a Kamenitza beer for your first drink. Next on the list is an amazing Private candle lit bar called The Barn. It is not one that you can easily find, and is a private Bulgarian pub, so you are allowed to smoke inside. You will hear about how this was a meeting point for people who wanted to overthrow the communists. In fact, if you Google this place, it is even still on the wrong place on the map! Here, you will be presented with the classic Bulgarian alcoholic drink Rakya. You will get it in a shot glass. But be warned, it is probably too strong to do as a shot. Most Bulgarians sip it! The next bar is one of my favourites, and also one that was recommended to me by my friend Megy from Rila Shuttle. The bar is called the apartment and is an essentially a large converted house with a real kitchen providing homes made Bulgarian snacks and nibbles. The main rooms in the apartment have different themes, such as in the movie room. We tried a gorgeous Rasberry wine. On the pub crawl, you purchase your own drinks in the apartment to support the pub, but you do get a sweet desert which is a little bit like a chocolate ball containing fruit. After the apartment, you head to the fourth bar on the list, which is the Art Hostel. You head down the steps into a basement which has funky decor and graffiti. The art hostel has a chillout room with a hanging table and also a fabulous garden, which is often closed at night. They do often have performers at the Art hostel and it is also a great place to stay. At the end of the night, we ended up in some random club in central Sofia which was quite small with cheesy music that was either Adele or dance music that was 10 years out of date! It wasn’t very busy, but the reason for this is because it is holiday season and all of the students and many locals are away in August. However, it didn’t stop the party! I met some great people along the way including an American girl on an internship in Turkey (she was in Sofia for visa reasons), two travelling Germans who were inter-railing and a group of hilarious and Dutch guys who were the life and soul of the party. We had a really good laugh and a great dance. I think it was about 3:30 when I finally made it home. You know when you are confident and familiar with the city when you can navigate you drunk! I managed to do this, but only thanks to a point in the right direction from a completely drunk Irishman and following the tramlines. All in all, we had a fantastic night on the news via pub crawl. Many thanks to Katrin and Penny for hosting us. If you are in Bulgaria, you might want to read about the Rila Monastery, Plovdiv and Koprivshtitsa.

Top 7 Fun Things to Do In Manchester!

One Day in Novi Sad

Follow me as I travel the world finding the most amazing temples and historical sites along the way. I travel despite several chronic illnesses and also help others to become digital nomads. When I'm not blogging about Europe, Asia and the Middle East you will find me at home in Liverpool with my husband and Blake the Patterdale terrier!