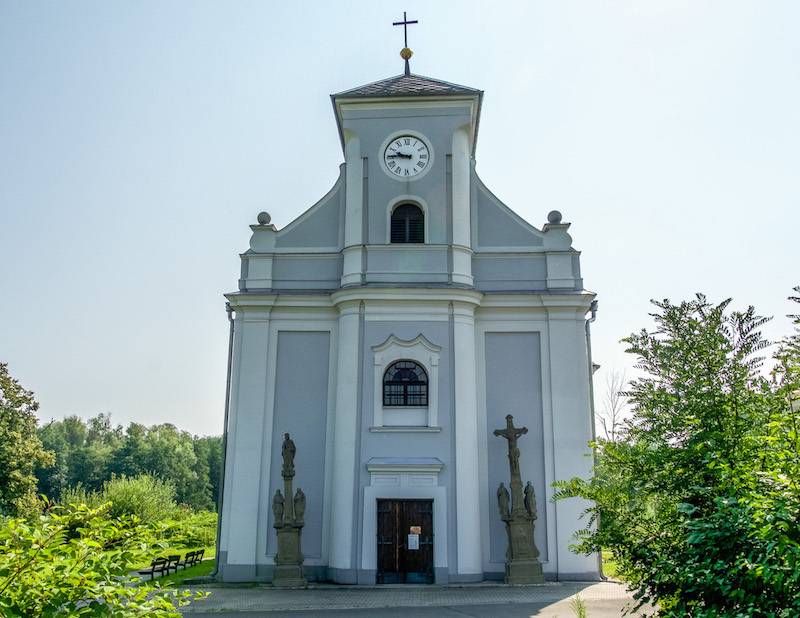 Today’s blog on St Peter of Alcantara Church – The Leaning Church is a guest blog by Alison Browne of https://www.dreameratheart.org.

The Czech Republic, Land of Stories, has a tale to tell in Karviná-Doly found in the Těšín Silesia region. A Baroque style church, built in 1736, rises like a sentinel in the fields, completely alone. And impossibly crooked. So slanted is St. Peter of Alcantara that it has earned the name, “Czech Pisa” as it leans 6.8 degrees off centre.

At one time, this church was part of a bustling town. Karvinná, a separate town before being annexed into Karviná in 1948, began its days as a farming community. Coal was discovered in the late 18th century and Karvinná’s pastoral days changed forever. Karvinná developed into a major industrial centre with a population of 22000 by 1930.

Karvinná’s good fortune eroded over time. The coal mining that fuelled its growth was also responsible for its demise. In the latter half of the 20th century, the ground began to sink, the buildings became unstable and were demolished. St. Peter of Alcantara which had been built on a hill sank 37 metres. It was slated to be destroyed but in the early 1990’s its foundation was reinforced. It alone is the only visible legacy of Karvinná.

As the wind whistles through the fields and around the crooked crucifix that marks the entrance of St. Peter of Alcantara, it is hard to imagine a prosperous town full of people living, working and worshipping here. This Czech story is one of boom to bust.

This Dreamer at Heart is Alison!

A couple of years ago, I parted ways with my career and made a life-changing decision. I stopped dreaming about living a life of wanderlust and jumped in wholeheartedly. Yes, I strapped on my backpack and began a new journey of bringing my dreams to life.

My website shares my stories of discovering, exploring and following my heart as I venture out in this wide world.

1 thought on “St Peter of Alcantara Church – The Leaning Church”