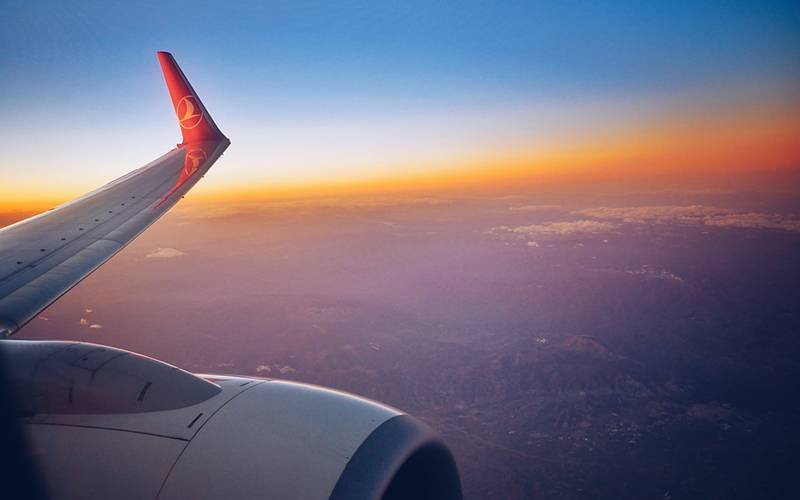 I love to fly from Manchester airport. I was a student at Manchester University, so in a way, Manchester is my second home town. It is also only around an hour and a half from York and easy]]>My Last Flight with Ryanair The most recent flight I took prior to this trip was with Ryanair, from London Stansted to Marrakech. Now I am so excited to fly with Turkish Airline.

Although the flight there was quite smooth, there is never enough legroom on Ryanair flights unless I take the front row seats at an additional cost. Also, the Stansted airport is not as easy to get to for me, and changing trains in London is a bit of a ‘faff’ when you have your luggage. So, setting out from Manchester, I took my first Turkish airline flight.

Flying from Manchester to Istanbul with Turkish Airline

The Turkish Airline flight was on quite a large plane with three seats each side of the aisle. I was seated next to the emergency exit and had an empty seat next to me. Plenty of space. Within five minutes after takeoff, we were approached by an air hostess who offered us a Turkish delight – brilliant start! Take off was smooth, and is quite a large plane, there was not too much ear-popping – phew!

There was also in-flight entertainment with Turkish Airline, which the low-budget airlines lack. On the screen in front of me, I watched ‘Home’ with Jim Parsons AKA ‘Sheldon Cooper’ doing the voice of the alien Boov ‘Oh’ and several episodes of the Big Bang Theory. There was a good choice of blockbusters, dramas, and comedy to choose from.

Food and Drink on Turkish Airline

The other added advantage of Turkish Airline over Ryanair is that food is included – there is no additional cost of food or drink during your flight. We had a choice of tomato penne pasta or beef rice and beans.
We were also offered a drink such as orange juice or Coke and then tea or coffee after the meal. There was alcohol available, but not for me on a flight, thanks!

The total flight time was four hours from Manchester to Istanbul. We had a very smooth landing.
I usually suffer from some sickness or painful ears when landing, due to my Eustachian tube dysfunction, but this landing was pain-free and I didn’t feel sick at all. This is probably due to the larger aircraft, which is less pressurized.
I would highly recommend the Turkish airline. Have you ever flown Turkish Airline? I would love to hear what you think!