Pilgrimage Church of St John of Nepomuk in Zelena Hora

The Pilgrimage Church of St John of Nepomuk is one of the most unusual churches you’re ever likely to see. It sits on a small hill (Zelena Hora) near the small town of Zdar nad Sazavou in the centre of Czech Republic. 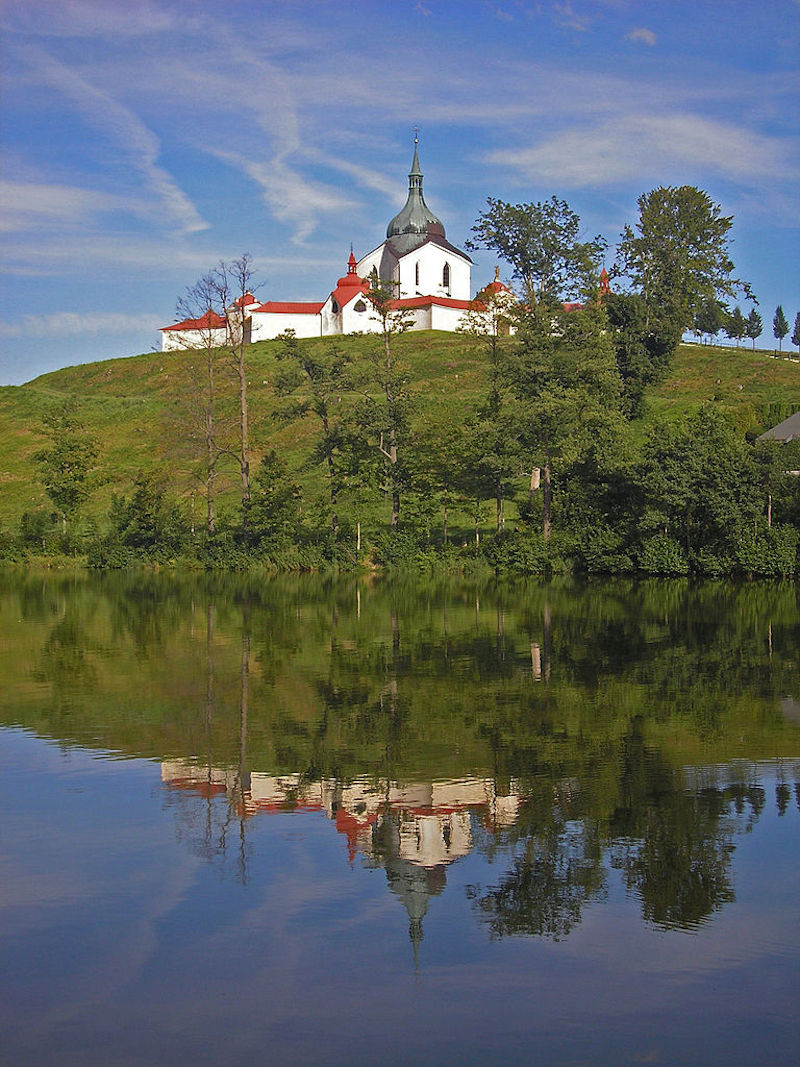 The History of the Pilgrimage Church of St John of Nepomuk

It dates back to around 1720, and is dedicated to St John of Nepomuk, a saint and folk hero to Czechs. John was a priest and confessor to the Queen of Bohemia; when the Queen was accused of adultery, John refused to break the seal of her confession and for his trouble he was martyred by drowning in Prague’s Vltava River. Since then, he’s been a patron saint of Bohemia, and there’s statues and images of him everywhere! John is easy to spot as he’s always depicted with five stars on his halo, which miraculously appeared over the site of his death.

Background aside, the church itself is absolutely incredible. The number five keeps symbolically appearing over and over again – there are five chapels inside, five altars, and five entrance gates to the cloister (itself a pair of overlaid five-pointed stars).

Even the church itself takes the shape of a five-pointed star! The stars are also a recurring motif, popping up on walls, windows, ceilings, doorframes, and more. Decoration both inside and out is fairly minimal, but it’s the architecture here that’s the real star. All in all it’s a fascinating spot with a uniquely Czech history, and well worth adding to your itinerary in Bohemia!

In Czech Republic? You might also be interested in travelling from Prague to Kutna Hora to visit the Bone Church!