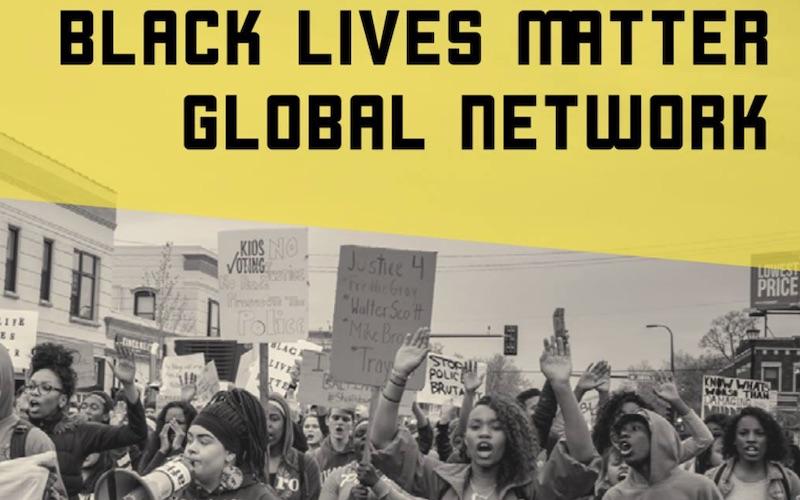 I decided that I should share my views on #BlackLivesMatter, because Black Lives DO Matter and it’s up to anyone with a voice to speak out. Now usually, when writing about current issues I consider whether my blog will be in receipt of a backlash. Well, if any of my readers out there are racist, I am more than happy for them to unfollow my blog! There’s no hidden political agenda in this campaign and no reason for me to be concerned about what my readers think of me, because I don’t want racists in my following. So here goes…

I’m proud to see so many people standing up against racism in the recent #BlacklivesMatter campaign. My heart goes out to those who have suffered – to the family of George Floyd – we are so sorry. No-one should suffer like this, and no one should be discriminated against or murdered due to the colour of their skin.

Standing up to racism and discrimination has always been something that I have been passionate about. During my MA at the University of Manchester I had the opportunity to study it in more depth, and it seems an apt time to share my views on the recent campaign.

Contents hide
1 Racism as a Construct and the issue with Labels
2 #BlackLivesMatter
3 Racism is Entrenched in History
4 The Problem with #AllLivesMatter
5 What is White Privilege anyway?
6 What can I do to Support the Black Lives Matter Campaign?

Racism as a Construct and the issue with Labels

One argument often put forward is that racism along with all ethnicities is a linguistic construct. Many people say that using terms that label people due to the colour of their skin heighten racism and emphasise difference.

But that doesn’t mean to say that we shouldn’t use these terms. Because labels help us to move forward.

Let’s face it, if there wasn’t any racism or discrimination, we wouldn’t need to use terms such as ‘Black’, ‘racist’, ‘white privilege’ or any descriptive words that denote skin colour at all. But racism does exist, therefore we do need to use these labels to stand up for people and combat racism.

The Black Lives Matter campaign has now become a global movement to fight for Freedom, Liberation and Justice. In this day and age, no one should be discriminated against because of the colour of their skin and this is a hashtag that you can use to show your support for this movement. You can read resources on the Black Lives Matter website to find out more. You can also show your support and follow the campaign on social media…

Racism is Entrenched in History

Something that is important to understand is the way that racism is entrenched in history. From the grasps of colonial rule to the horrific money driven torture of the slave trade, inequality and white supremacy has dominated global history. When you look at how ingrained racism was in societies in the past, it’s no wonder that we still need to speak out against racism today.

The Problem with #AllLivesMatter

There was a response to the #BlackLivesMatter campaign on social media calling for an #AllLivesMatter campaign. Whilst it would be wonderful to be able to say that ‘All lives Matter’ in an ideal world that was void of any racism or discrimination whatsoever, that is sadly not the kind of world that we live in. All lives should be views equally, yes, but also we all have a duty to stand up for injustice.

Some people used the #AllLivesMatter to argue against the #BlackLivesMatter protests which they see as violent and mindless vandalism.

I’d like to point out that pulling down a statue of a Slave Trader in the centre of Bristol is not mindless vandalism – it was strategic protest against what that statue stood for (Edward Colson profited from the Slave trade). Yes Boris Johnson, criminal acts may be occurring, but does there not come a point where people stop and ask why?

Although you may initially think it represents equality, don’t use the #AllLivesMatter because it is going against what the #BlackLivesMatter campaign stands for.

And this comes back to the point about race and language – certain language becomes offensive or racist because of the context in which it is used, and that can change over time. Many people won’t want to discuss why the #AllLivesMatter campaign is racist, because they believe that you should educate yourself.

What is White Privilege anyway?

Many professions, including the travel blogging profession have been traditionally dominated by white British and American writers. Many of us (including myself) do come from a background of white privilege.

Someone argued on Twitter recently, stating that white privilege doesn’t exist because ‘they hadn’t experienced it’. Well maybe they haven’t felt it, but that doesn’t mean that it does not exist.

What can I do to Support the Black Lives Matter Campaign?

We’ve talked about following the Black Lives Matter campaign on social media and using the hashtag. Some people are chosing to change their social media profile pictures to a black circle to show their anti-racist stance.

And there’s even more that you can do to support the cause and educate yourself and those around you. You can choose to attend a protest (as long as it’s safe for you to do so). Protests have been happening not just in the USA but worldwide.

I’m pleased that some of my fellow travel bloggers have gone one step further and made positive actions to speak out and educate. My friend Rachel from Blondwayfarer.com is an English teacher who is expanding her bookshelf to include more books from Black Authors. Gabby from Packs Light has recently published an article on 30 Black Owned Restaurants in San Diego to support the Black Community.

You can sign the petition to end systematic racism for good…

If you have time on your hands during lockdown, you might want to consider educating yourself further on some of these issues. There are some great reads on Amazon that can help you to understand concepts of race and racism and the history that goes along with it…

Please continue to stand up against racism. Black lives do matter. Feel free to comment below, but RACISTS PLEASE UNFOLLOW!!!