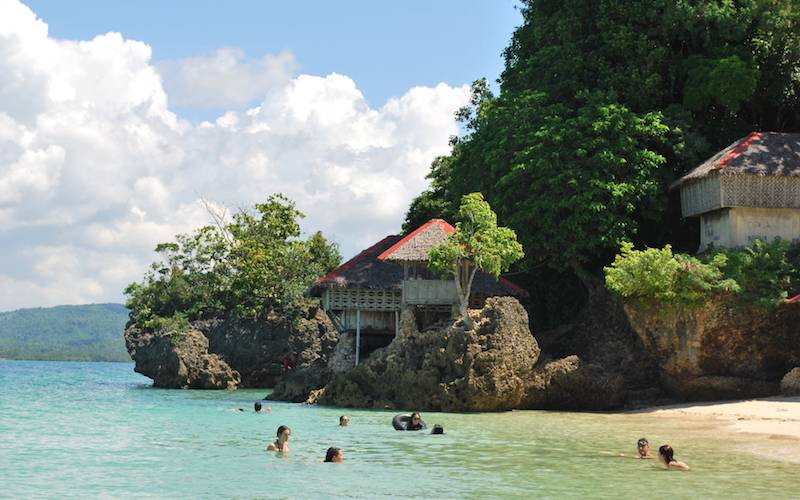 Following an AMAZING conference in Manila with TBEX, it was time to head out on our FAM trips. I headed to Iloilo and Bacolod for the ‘Tale of Two Spanish Cities’.

For those of you who don’t know, FAM trip is short for Familiarisation trip – a Press trip in other words. Myself and 6 other bloggers have been sponsored by It’s More Fun in the Philippines and the Tourism Promotions Board Philippines, alongside TBEX (Travel Bloggers Exchange).
If you were wondering why I haven’t been blogging so frequently this week, that’s because travel bloggers conferences and FAM trips can be pretty intense. There are often activities planned daily followed by parties and meals on the evening. We have been working hard to gather information and get some great shots to share with you!

Firstly, I’d like to introduce our fabulous team…
Vasu Devan from Lemonicks (My Indian Guru for Temple Seeker!)
Andrea Whitaker from Andi on Adventure (My Hyperlapsing buddy!)
Deborah Provenzale from 101 Colored Doors (You can always count on her to keep the party going!)
Shandos Cleaver from Travelnuity (My Breakfast Buddy and Confidant!)
Carlo Dominguez from Travelosyo (My new Filipino best friend!)
Cristal Dyer from Tofu Traveler (My Instagram Mentor!)

I also need to mention here that we had 3 Filipino’s accompanying us on our trip – Rey, Carmela and Paola from the Tourism Board. They organized and accompanied us on every mode of transport which ran so swiftly. This included all of the transfers which ran like clockwork.

We also had the wonderful Lorna AKA our fairy Godmother. She could conjure up anything we wanted on this trip, from wet wipes to hot chocolate and more Guapple Pie!

The Tale of Two Spanish Cities

Our journey took us from Iloilo City on the island of Panay to Bacolod on Negros, with an informative history of colonization and independence that linked the cities through trade. From Manila, we flew to Iloilo City (sponsored by Cebu Pacific) where we had a tour of Iloilo.

Above is the first Church of Iloilo City built in 1607 by Jesuits, to serve the military stationed in Punta.

Iloilo City – The City of Love

There are half a million residents in Iloilo city itself and approximately 1 million in the province. It’s an agricultural island. The Spanish came from Cebu in 1521, because they lacked supplies, so they sailed South and established Iloilo city.

Arrived in #Iloilo for the #TBEX #FAM #trip! The story of two #cities. #travel #photography #iamiloilo

Where we stayed: We stayed at the Richmonde Hotel Iloilo (Book with booking.com, Agoda or Expedia).

Above – The Jaro Cathedral of Iloilo, also known as National Shrine of Our Lady of the Candles. You can buy candles from the ladies outside and light them inside the Church.

On our second day, we were privileged enough to be taken Island hopping on Guimaras, otherwise known as Mango Island. Sadly, it is not Mango season right now, and some of the mangoes that we tried at the Mango Research Centre were a little green and sour! But our fairy Godmother, of course, did manage to find us plenty of sweet mangoes 😉

The #natural #beauty of #Guimaras. This was taken #islandhopping from #Guimaras in #Philippines, otherwise known as #mangoisland. I arrived on a boat with #TBEX #bloggers on #AveMaria #Island to find that we pretty much had our own private #beach! #paradise #itsmorefuninthephilippines #tbexph #ocean #blueskies #travel #photography #photographer #nikon ❤️??✈️?

The highlight of our second day had to be going to our own private island – Ave Maria. The water was so warm and clear, and we could swim in the warm sunshine. When we were hungry, a local fisherman caught us some fresh fish and our guide cooked them up for us there and then on a camp fire!

Top rated things to do in Guimaras on TripAdvisor.

Bacolod – The City of Smiles

Bacolod is located on Negros, which was historically an unwanted island as it was just coastal towns and 95% forest. The Spanish colonisers were come to evangelise but then return to Cebu. That was until British Consul Nicholas Luli came to Negros and experimented with the land. He found that the weather and soil were perfect for sugar cane! the land is porous, and the island has very few storms – that’s what sugar cane needs.

Bacolod was established as the capital of the region on the occidental side. Highlights of Bacolod included the amazing chocolate desserts, the Ruins and Masskara Festival.

So What is the Tale of the Two Spanish Cities?

The British Consul who started to grow sugar cane on Negros went to Iloilo to advertise this island, which historically connects the two Spanish cities. Land there was originally just 50-80 pisos per hectare! People with spare money bought the land – they were the risk takers. A wise choice it was, too.

It was a good thing that the sugar cane industry flourished in Negros when it did. The British Colonisers imported clothes and textiles from England, which was ruining local textile businesses.

Nicholas Luli saw an unpleasant end to life. He loved to hunt. He contracted a mysterious tropical disease and while he was out hunting, by the time he reached the lowlands, he had died. The sugar cane industry, however, continued to grow, and by 2005, the Philippines was the 9th largest sugar cane producer in the world.
You might also like to read about Palawan – The World’s top island destination and Scrumptious Filipino Foods.

More to do in the Philippines – Beyond Iloilo and Bacolod

*This is a sponsored FAM Trip and I would like to thank the Tourism Promotions Board Philippines, It’s More Fun in the Philippines and Cebu Pacific for helping me to get this information to you for free.

What to Pack for the Philippines

Don’t forget your bikini or swimwear – swimming is a crucial part of any try to the Philippines as it’s a nation of islands. Also bug spray is essential – reapply it when you come out of the water too as that’s when you become more at risk of getting bitten. I recommend OFF!