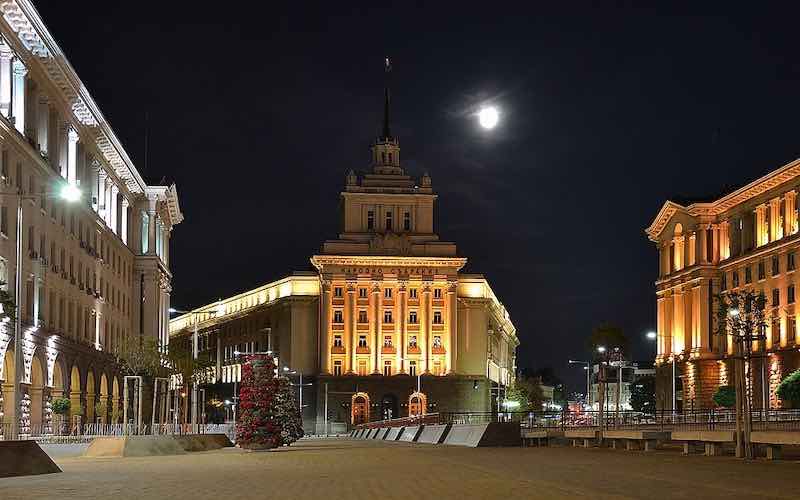 Sofia, the capital city of Bulgaria, is an excellent place for architecture and digital nomad hangouts. But many fail to realise how amazing the Sofia Bulgaria nightlife is! And alcohol is cheap, so you won’t be spending a fortune! Sofia is really a great night out which is fuelled by the big student and international population. If you’re staying in the Bulgarian capital, make sure that you have at least one good night out on the town!

Sofia is becoming more popular for student weekends away and stag dos. There are direct flights to Sofia from Liverpool, Manchester and London making it an easy weekend away from the UK. Airlines that go to and from Sofia include Ryanair, Wizz Air and Bulgaria Air. Sofia Airport is on the Metro route (underground) so you can easily get to and from the airport.

Sofia Bulgaria Nightlife – How cheap is it?

The great news is that you can have a brilliant night out in Sofia without breaking the bank. Drinking in Sofia is excellent value for money as far as European capitals go. You’re looking at spending:

Generally the prices are slightly higher in nightclubs, but clubs are still cheap by European standards.

Remember that although Bulgaria is in the Euro Zone, the official currency is lev. Each lev (meaning ‘lion’) can be divided into 100 stotinki. Remember to go with some lev in cash for your night on the town.

What to wear on a Night out in Sofia

Jeans and a nice top with shoes is fine for casual drinks and most bars. However, if you want to glam up a bit you won’t be out of place in Sofia! You will get away with short skirts and glitzy dresses here as Sofia is quite liberal. Some nightclubs have dress codes and may refuse you for wearing jeans and trainers, so it is always worth checking in advance. There is a big student population in Sofia and the dress code is much more relaxed on student nights (such as Tuesdays).

Sofia is an excellent value night out and is home to some quirky, retro and homely bars. Some of my favourite bars in Sofia include The Barn, Art Hostel, Fuzzy Bar and the Apartment.

Introducing Sofia’s ‘speak easy’ – an amazing Private candle lit bar called The Barn. It is not one that you can easily find, and is a private Bulgarian pub, so you are allowed to smoke inside. You will hear about how this was a meeting point for people who wanted to overthrow the communists. In fact, if you Google this place, it is even still on the wrong place on the map! At The Barn I recommend trying the classic Bulgarian alcoholic drink Rakya. You will get it in a shot glass. But be warned, it is probably too strong to do as a shot. Most Bulgarians sip it!

This next bar is one of my favourites, and also one that was recommended to me by my friend Megy from Rila Shuttle. The bar is called the apartment and is an essentially a large converted house with a real kitchen providing homes made Bulgarian snacks and nibbles. Make sure that you try the gorgeous raspberry wine.

The main rooms in the apartment have different themes, such as in the movie room. It’s great to sit and blog in during the daytime and it gets a bit livelier at night! The apartment is open until 1am most nights.

The 5L Speakeasy bar is semi-hidden on ul. “Tsar Shishman” 15. Inside you are greeted with a dark wood bar and exposed brickwork. The 5L Speakeasy bar has an extensive cocktail list and passionate mixologists. I recommend the Daquiris. They hold specialist nights such as the plantation rum nights and the dedicated cocktail evenings. Follow them on Facebook here.

Art Hostel is thought of as a hostel rather than a bar, of course, but even if you are not staying there, please pop in for a drink. Located on ul. Angel Kanchev 21/A the setting is as quirky and artsy as you would expect. The walls (inside and out) are covered in cool graffiti and street art. They have hanging tables and cheap priced beers. It’s a great place to meet other travellers.

This cosy and homely bar is located on Nerazdelni, 14. Fuzzy Bar has a good selection of beers and cocktails. There is a small stage for acoustic sets, magic shows and comedy events. love the plants and retro accessories in this place.

Bar Petak, which translates as Bar Friday is another hidden bar in Sofia city centre. It has a ‘party-hard’ ground floor and a chill-zone second floor. The music here is predominantly Jazz, dance and disco.

I went on the new Sofia pub crawl which truly was an amazing night. It’s a great way to explore the Sofia Bulgaria Nightlife especially if you are a solo traveller.

When you go on the pub crawl, walk down 6 Septembri towards the Alexander Nevsky Cathedral and go left at the end where you will see a big park, Crystal Park. Walk into the centre of the park and look for the big head statue of Stefan Stambolov. There will be one or two guides standing in front of the head talking very loudly in English and welcoming you, asking you where you are from. I was met by the wonderful Catherine and Penny, to Sofia-based Bulgarians who speak excellent English.

In front of the statue of Stefan Stambolov, you will hear the story about it how he was one of the first presidents after the Ottoman empire and quite a controversial figure. You will be asked where you think that you can find images of Stefan Stombolov today. I am not going to give it away, but it is something that you use on a daily basis!

You pay your 20 Bulgarian lev and then get a receipt and a wristband. This makes it official – so that the guides know who they are looking after throughout the night.

The guides are very friendly and if there is a large group they will split it into. They are good with checking numbers before moving onto the next bar, so you do not need to worry about getting lost or left behind!

First of all, you head to the bar on the corner of Crystal Park where you will hear about the Bulgarian park culture. Drinking is allowed in public parks, provided that you are not making a nuisance of causing any problems. You will be handed a Kamenitza beer for your first drink.

You will do a few ice-breakers and then head to the best bars in town including the Barn, the Apartment and Art Hostel. You finally end up in a nightclub – but I can’t remember which one (must have been a good night haha!)

If you enjoyed this article on Sofia Bulgaria Nightlife, you might also like to read ‘how cheap is Sofia‘.