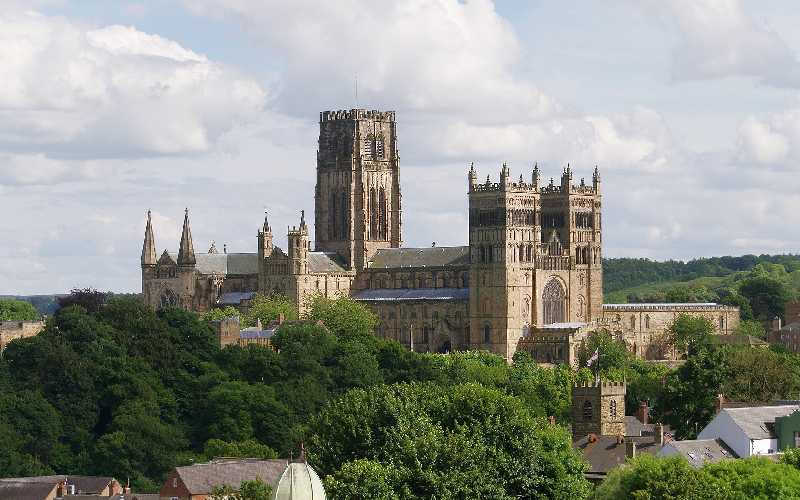 The United Kingdom is filled with many, many cities from the bustling City of London to the historic sights of Edinburgh. One particular city with a fair amount of history is Durham, found in the Northeast of England, south of the city of Newcastle. The city sits on the River Wear and there are many sights to see such as Durham Castle, the Botanic Gardens at Durham University and Oriental museum featuring artifacts from Asia, Egypt and the Middle East.

An Introduction to Christianity in Durham

Aside from this, Durham is also home to many churches. The largest religion in County Durham is Christianity with 72% of the area’s residents following this faith. As a result of this, there are many churches in the city of Durham as well as the wider area allowing for the people who live there to practice their faith. If you practice the Christain faith then you will be able to attend services in their churches however, if you aren’t religious or a follower of a different religion, you should still visit these fantastic church buildings!

The Best Churches in Durham

So, what are some of the best church buildings in the city of Durham?

Firstly, there is the church that makes Durham a city, the Cathedral Church of Christ, Blessed Mary the Virgin and Saint Cuthbert of Durham. However, the church is better and more simply known as Durham Cathedral. Also, the cathedral is home to the Shrine of Saint Cuthbert and was built in 1093. In addition, the cathedral is also the seat of the Bishop of Durham who is the fourth highest ranking bishop in the hierarchy of the Church of England. The Durham Cathedral is situated within Durham University and combines various architecture styles of Norman, Gothic and Romanesque.

Next, there is the Finchale Priory which can be found in Framwellgate Moor. This priory, sometimes also known as Finchale Abbey, was founded by Hugh de Puiset in the later years in the 13th century – changes and renovations continued for 300 years after the initial construction. Nowadays, the Finchale Priory is in ruins and is a Grade I listed building.

Our Lady of Mercy and Saint Godric’s Church

In addition to these churches, there is Our Lady of Mercy and Saint Godric’s Church which is in Castle Chare in Durham. The church was built in 1864 before being renovated in 1909 where an extension was added as well as a tower. The church was damaged by a fire in 1985 however, after a lot of hard work, it later reopened in 1987. The church is part of the Parish of the Durham Martyrs and, when constructed, was the first church of this parish.

Also, there is Saint Nicholas’ Church which is often known simply as Saint Nic’s. This church, which opened in 1858, having been designed by James Pigott Pritchett junior, can be found within the Durham Marketplace. Saint Nicholas’ Church is the civic church of the city of Durham and follows the old, Evangelical tradition created by the Church of England.

Furthermore, there is Saint Mary’s Parish Church which is part of the Church of England parish of Barnard Castle with Whorlton. The church can be found within Barnard Castle in Newgate and is open during the day. On arrival, there is a phone number on the door and, after phoning it, someone should let you into the church in no more than 5 minutes. When inside, you will be able to light a candle, say some prayers or simply look around the beautiful church building.

Also, you may be interested in visiting Egglestone Abbey which is a mile and a half from Barnard Castle. The abbey was once a Premonstratensian abbey meaning it was once a member of an order of regular canons which were created in Premontre in France. Now, Egglestone Abbey is in ruins.

In addition, you may like Saint Maragaret of Antioch’s Church which was built in the 12th century and can be found in Crossgate in Durham. This church is part of Cuthbert House which is the Diocese of the city of Durham. On the porch of the church is a statue of Saint Margaret who lived in Syria between the 3rd and 4th century. Her feast day is celebrated on the 20th of July.

Also, there is Saint Cuthbert’s Church which this time is not a Church of England but is instead a Roman Catholic church. This church first opened in 1827 and was built in order to replace 2 previous chapels – one was run by the secular clergy while the other was led by the Jesuits. Moreover, Saint Cuthbert’s Church also houses the Durham University Catholic Chaplaincy as well as the university’s Catholic Society.

Lastly, there is Saint Oswald’s Church which is dedicated to Oswald of Northumbria and was built in the later years of the 12th century. This church is a Grade II listed building and is also part of Cuthbert’s House which is the Diocese of the city of Durham.

So, in conclusion, Durham is a very religious city with many churches to visit. Some of these churches, while very old, are still fully functioning today while others are sadly now in ruins but can still be visited allowing you to experience some of the history and culture of the city!