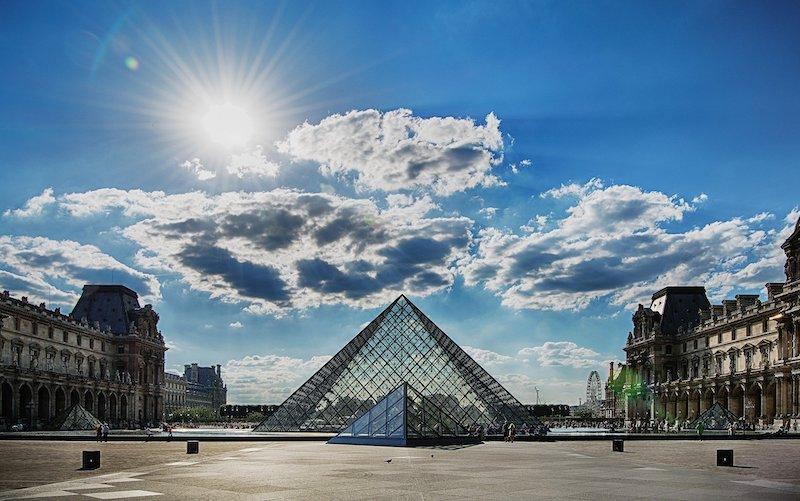 The Louvre is one of the largest and most important art museums in the world. It houses famous pieces of art including the Mona Lisa and Venus de Milo. Yet with world-famous attractions comes the queues, the expense and the fatigue! The Louvre is massive. Let me say that again…the Louvre is MASSIVE! If you walk the length of all three wings, you will have walked approximately 8km!
So how do you skip the queues and survive your day at the Louvre?

Entering the #Louvre! It’s gonna take me at least a week to get round! Focusing on #Egyptian and #Islamic exhibitions. Any other recommendations? #Paris #weloveparis #parismonamour #france #igersparis #igers

Plan your timing for entrance to the Louvre very carefully

Queues can be massive for the Louvre, particularly during peak season (April-September). If you can go out of season, there will be less crowds and queues. The Louvre is closed on Tuesdays.
From October to March: access to the permanent collections of the Louvre is free for all visitors on the first Sunday of each month, but I wouldn’t recommend going on this day as it has a tendency to be packed. Certain people will get free tickets anyway (see my section on free entry to the Louvre).
Your best bet is to probably go either as early or as late as possible, to avoid the swarm of tourists between 9am and 3pm. If you go in the morning, arrive around 8.30am if possible as queues can form before opening. On Wednesday and Friday evenings, the museum opens late until 9.45pm and not many tourists know about this or can attend at these times, so go around 6pm on a Wednesday if possible.
When you arrive, DON’T queue outside the pyramid, go inside the Rivoli shopping centre (Galerie du Carousel entrance) and head to that entrance as less people know about it and queues will be shorter (see how to get to the Louvre).

How much time should you spend in the Louvre?

I recommend that you plan to spend 3-4 hours in the Louvre, and this will allow you to see 2-3 exhibitions. If possible, plan two trips of 3-4 hours. A full day will allow you to see more than half a day of course, but trust me, you will be shattered!
I spent one morning of around 2-3 hours in the Italian paintings section and viewing the Mona Lisa. I then spent another evening going round the Greco-Roman and Egyptian sections, including Venus de Milo and the Sphinx.
There is a reasonably priced food court in the shopping centre outside the Louvre, so head there and take a break in between. There are French, Spanish, Turkish and many other world food options. We had duck and cauliflower cheese with a drink and desert for just €16 from the French food stall.

How to get to the Louvre and the ‘Louvre Secret Entrances’

The ‘secret entrances of the Louvre’ aren’t secret at all of course, because they are known about, just to a lesser extent. But, I get a lot of people asking me about these! Take the Metro to the stop Palais-Royal–Musée du Louvre station (line 1). When you get off the metro, you will see a big brown sign pointing to the left saying ‘Louvre’ where all of the crowds are heading.
DON’T go this way, walk in the opposite direction to the right. Eventually, you will see brown signs for the Louvre again, but they will be directing you to the shopping centre Carousel entrance where there are less queues.
There are also entrances into the sculpture section of the museum (inbetween the Louvre courtyard and the Rue de Rivoli) and Port des Lions, but these entrances are for groups only.

Free Entry to the Louvre

There is free admission with no ticket, for:

If you come into one of these categories, simply take your passport or ID (plus proof of disability or benefits if relevant) and go straight to the entrance turn styles. Simply show your ID instead of your ticket to get in.
If you are spending time in Paris, I also recommend the Seine River Dinner Cruise and a day in and around Monmartre.