For 300 years, Malta was under the authority of the Catholic Church. The Roman Catholic Church plays a very important role as far as the identity, traditions and customs of the island go. Today I went to visit the Mosta Rotunda in the heart of Malta.

Rotunda of Mosta – How big is the Dome?

This dome is special as it is built from rounded thick stone blocks (St Paul’s is made from wood). With the half rounded stones, they had to work from the inside out to create the structure.

There is a theory that all 11500 residents of Mosta can fit in the Church, though that’s never been tested. It’s certainly big enough for 3000 at least and inside it (standing room only).

The Bombing of the Rotunda of Mosta in WW2

During WW2, a half tonne bomb landed on the Mosta dome i Malta during a service containing 300 people, but it didn’t go off or injure anyone inside. In fact, three bombs targeted and landed on the Church: two bounced off and one did not detonate. The locals see this as a miracle. The authorities disposed of the bomb that never went off and blew it up in the countryside where it would not harm anyone.

Regarding funding for the Church – the things inside can’t be sold to help the poor simply because the inside decoration belongs to the community – predominantly music clubs who own much of the interior decoration.

Many of the statues inside the Church when we visited (March 2018) were temporary. They were mainly effigies of Christ and crucifixions to be paraded round the city during the Good Friday parade – a central celebration in the Christian calendar as the day Jesus was crucified.

Our guide informed us that everyone in Malta is ‘Catholic’ but that doesn’t necessarily mean that they are religious! The carrying of statues is often cultural reasons not religious. It’s about keeping up tradition. The younger generation who are not practicing are what I refer to as ‘cultural Catholics’.

From Mosta, we headed to Mdina to see the silent city that was once the capital, and then abandoned to create the capital of Valetta near the sea. 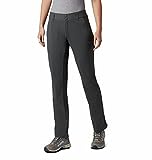