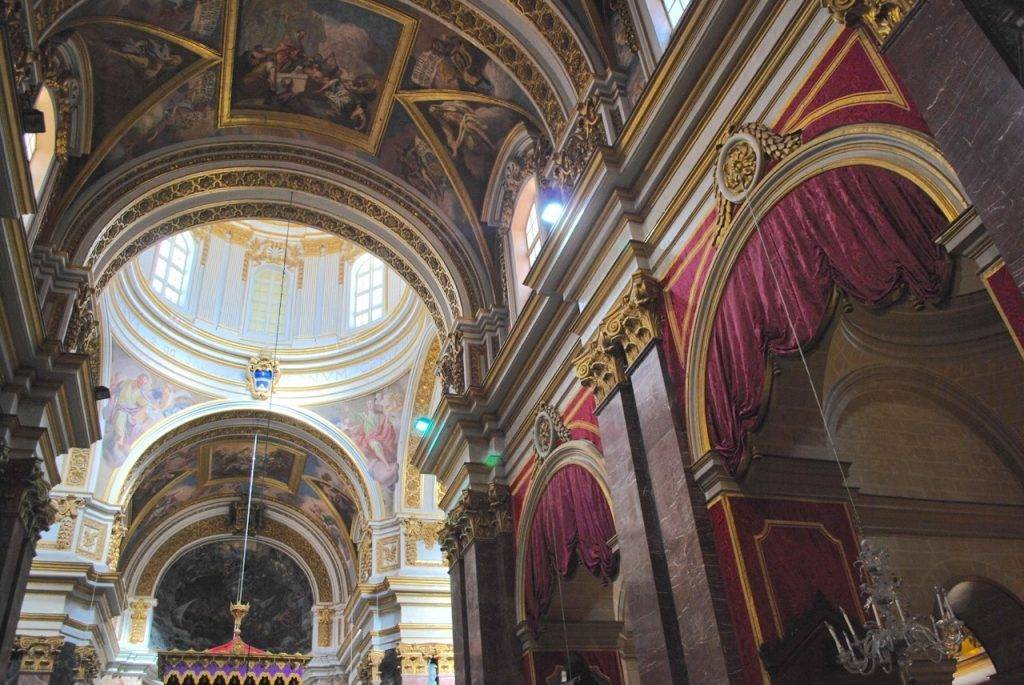 St Pauls Cathedral Mdina is located in the centre of the silent city and is indicated by cross at top. There are two bells, two clocks. The clock on the right is still working. The one on the left doesn’t – our guide told us that this belongs to the Bishop and he doesn’t have any money!

The Cathedral was founded in the 12th century, and is said to stand on the site of where the Roman governor Publius met St. Paul following his shipwreck on the island of Malta.

The original St Paul’s Cathedral Mdina was destroyed earthquake aftershocks from a quake in Sicily in 1693. A new cathedral was built following the earthquake, which incorporated the original apse, due to the crucial painting – The Ship Wreck of St Paul.

The ceiling frescoes depict the life of St Paul, the Apostle and Saint to whom the chapel is dedicated. They were painted in the late Eighteenth Century by three artists from Sicily – Vincenzo, Antonio and Francesco Manno.

Inside the Cathedral, make sure you take a look at the floor, which is full of memorials (unlike the Co-Cathedral in Valetta which are actual Tombstones).

The number of memorial stones that each Priest had depended on their position in the hierarchy of the Catholic Church – A Priest would have one, a Bishop would have two, an Archbishop would have three and a Cardinal would have four. Only one person has five and that’s the Pope. These memorials were often ordered in advance of the person’s death. Red or Green on the memorial indicates that they died a Bishop.

The Cathedral is built with two side chapels. In the run up to Easter, the most important festival of the Christian calendar, the Churches take a side chapel as a tabernacle made really beautiful with silver, candles and flowers.

On Maundy Thursday, the day before good Friday, the symbol of sacrament would be bought in from the main altar to the tabernacle, because for the following three days Jesus is dead symbolically. For those three days no mass or celebration at all. On the third day it is marched back to the alter to represent the resurrection. 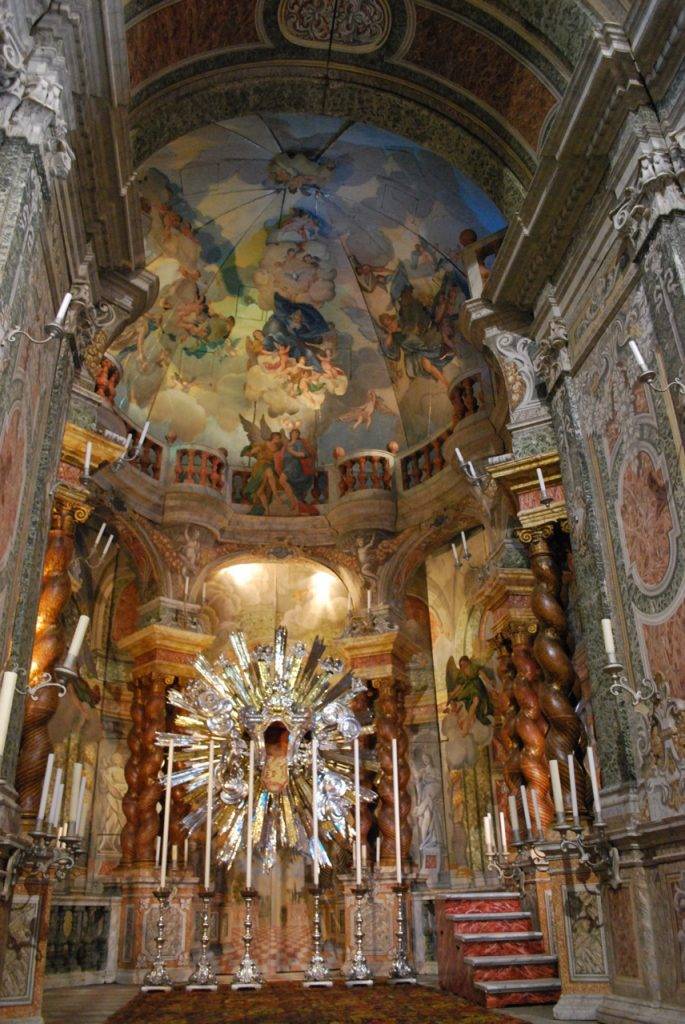 Opposite the Cathedral, you will find St Pauls Cathedral Museum, where you can find historical artefacts, statues of the Apostles and a silver collection.

If you are travelling in Malta, you might also want to visit Mosta Rotunda and Hagar Qim.