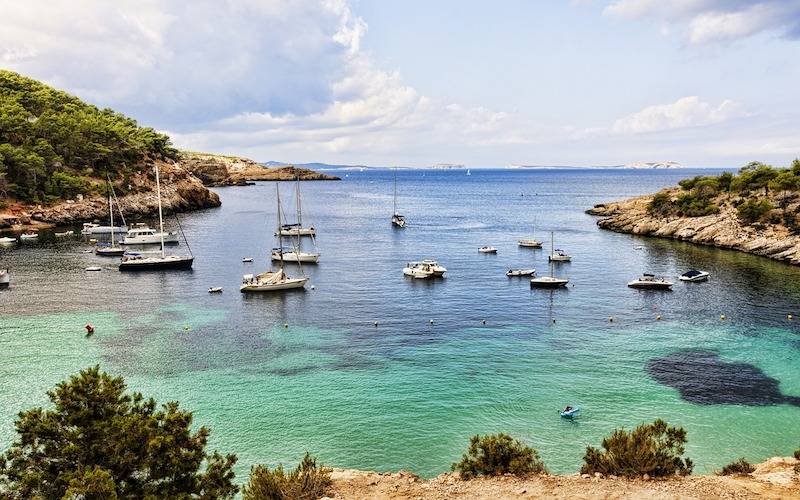 Spain is one of my favourite countries for solo female travel. I adore the language, food and architecture. The beautiful Spanish islands make a great summer holiday destination, and it’s already time to start thinking about booking your summer holiday for next year! The best time to go is between May and September. But what is the best Spanish holiday island?

Gran Canaria is a lovely holiday island located in the Atlantic Ocean and the island offers the best beaches as well as great nature for the holidaymakers. It is the 3rd largest of the Canaria Islands. The outstanding landscape with great diversity of climate, golden sandy beaches, best hotels, clubs, bars and cafes make the island one of the ideal holiday destinations in Europe and in the world. Gran Canaria offers 365 beach days a year with its 236 kilometres of coastline and a diameter of 50 kilometres and a maximum height above sea-level of 1,950 metres.

Tenerife is my favourite Spanish holiday Island, mostly due to the beautiful houses and street art of Puerto de la Cruz. Tenerife is the largest and the most developed of all with over 350 kilometres of wonderful coastline, excellent beaches and great nature. Tenerife is located on the Atlantic Ocean, about 300 kilometres from the African coast and it is one of the most popular holiday destinations in Europe. The southern part of Tenerife is perfect for relaxing on the beach, swimming and water sports, especially windsurfing. The northern part of the island has beautiful landscapes.

If you want to head to the further Canary Islands, there’s also La Gomera and La Palma. They are very scenic and less touristy.

Ibiza is a world-famous holiday island of the Balearics and one of the most popular holiday destinations in Spain. Ibiza is situated on the eastern part of the Spain mainland. Ibiza Old Town (Eivissa Dalt Vila) is a UNESCO World Heritage Site. Ibiza offers great much to its visitors from its beautiful golden sandy beaches, unspoilt nature to intense nightlife. Sant Joan offers all the tourist services for the holidaymakers with its popular holiday resorts of San Miguel and Cala de Sant Vicent. The Settlement of Balafia and Cova de Can Marça Cave is a must see in Sant Joan. The town center of Sant Josep with its church, shops, two art galleries, beach, bars and restaurants, offers all the tourist services for the holidaymakers. The Ses Salines Natural Park, the villages of Sant Agusti, the look-out towers and the two water parks are the popular attractions and sights in Ibiza.

Mallorca (or Majorca) is an impressive Spanish holiday island of the Balearics and one of the most popular holiday destinations in Spain. It is situated on the eastern part of the Spain mainland. The island is the largest of the Balearic Islands and also one of the busiest holiday islands and entertainment centres in Europe with more than 300 days of sunshine and 350 miles of beautiful coastline.

Mallorca is the largest island of the Balearic Islands and Palma de Mallorca is the capital city. Palma de Mallorca is a very popular summer holiday resort as it is a modern cosmopolitan city. Majorca is the most popular holiday island of the Balearics that enjoys a wide variety of scenery. In the Tramuntana Range, rising to its maximum height of close on 5,000 ft. in the shape of Puig Major, mountain scenery can be enjoyed at its purest. The picturesque towns of Valldemossa, Soller and Deia are worth a visit and see. The northern part of Majorca is carved and sculpted by a mountain range that parallels the coast for over one hundred kilometres and it is the site of attractive coves and beach resorts, such as Cala de Deia and Port de Soller.

Menorca is a lovely holiday island of the Balearics, situated on the eastern part of the Spain mainland. It is the farthest island of the Balearics from the Spain mainland and the second largest one. Menorca offers plenty to its visitors by its unspoilt nature and gorgeous golden sandy beaches. Despite its proximity to Majorca, Menorca possesses many distinctive and unique traits. The north coast of Menorca is a sharply indented line of cliffs with pebbled beaches and reddish sands. The south coast of Menorca is made up of the ravines that are wetlands which constitute microclimatic zones with well-defined fauna and flora. Menorca possesses an invaluable archaeological heritage which has made the island an open-air museum. The three main types of prehistoric monuments are mausoleums, altar-like taules and dwellings and look-out posts.

Formentera is a fantastic holiday island of the Balearics, located on the eastern part of the Spain mainland. It has many sandy beaches and fantastic scenary. Formentera is particularly ideal for tourists pursuing escape and tranquillity. Formentera is accessible by ferry from Ibiza. The island is a small one covering an area of less than 80 square kilometres and located 11 miles from Ibiza. Apart from the two rocky promontories of La Mola and Cap de Barbaria, the island is practically flat and has five small towns that include; La Savina, Sant Francesc, Sant Ferran, El Pilar de la Mola and Es Pujols. Es Pujols is one of the main holiday resorts in Formentera and the majority of the hotels are located in here.