Yesterday, we headed from our hotel near the Moulin Rouge to Monmartre in search of the Sacre Coeur (the Basilica of the Sacred Heart of Paris).

Sacre Coeur is located on a hill, which is the highest point in Paris. There are two main routes you can take up top the Sacre Coeur. The first is the steep cobbled streets of Monmartre, which are likely to be busy, but that will allow you to soak up the art and music from the buskers. The second is the steps – knackering but less crowded! If you can, climb the steps to the top and then descend via the cobbled streets of Monmartre – not climbing will allow you to soak up the artistic atmosphere. Visiting Sacre Coeur can be tiring, but is well worth it, for both the beauty of the architecture and the stunning views over the city of Paris.

If you are arriving by Metro, you will need to get off at Anvers, and then there is around an 8-10 minute walk up to Sacre Coeur.

Before we started the climb to the top of Monmartre, we stumbled upon a modern looking art-deco Church, Église Saint-Jean de Montmartre. Construction commenced in 1894 and the Church was opened in 1904.

Externally, you can admire the modern art-deco architectural style, a contrast to the usual Gothic Parisian Church architecture. There is a plaque on the wall near the entrance commemorating the parishioners who lost their lives in the first world war of 1918. 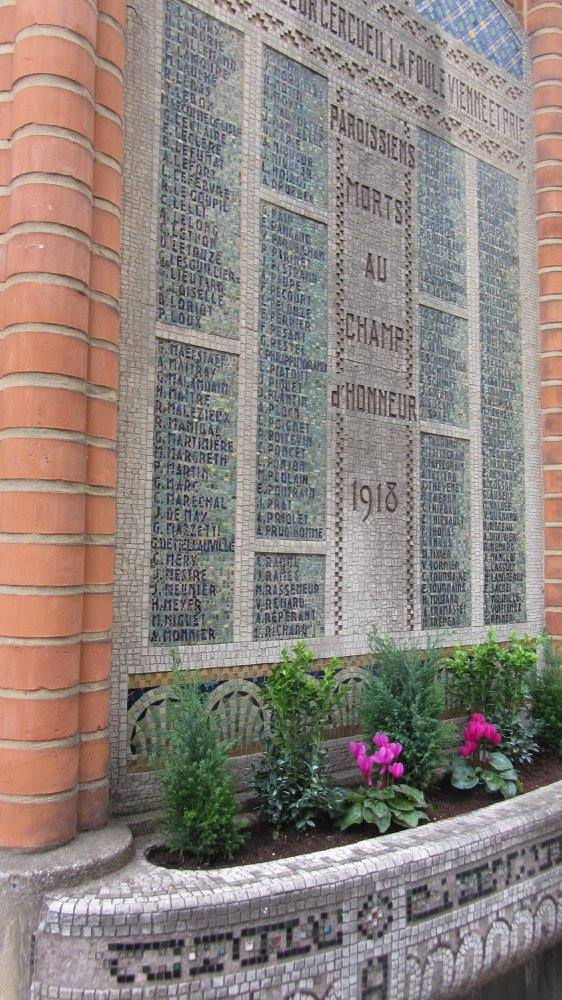 Internally, the church has some amazing traditional stained glass windows depicting Jesus and his disciples, and the passion (crucifixion and death of Jesus Christ).

Eglise Saint-Jean is free to enter and well worth a visit. It’s an interesting contrast to what you are about to see at Sacre Coeur.

After a 10 minute hard-core decent (this was almost a competitor to the steps up to the wine cellars of Porto!) we arrived at Sacre Coeur, a gleaming white Basilica under what appeared to be a somewhat apocalypitc sky!

The architecture is Romano-Byzantine style, inspired by the likes of Saint Sofia (Istanbul) and St Marco (Venice). Again, this style is a contrast to the usual gothic styles of other Parisian Cathedrals and churches including Notre Dame.


The largest dome is 83m high and offers the highest viewpoint over Paris other than the Eiffel Tower. Climb 300 steps and pay an extra 6€ for this view (discounts available). However, you can actually see the whole of the city of Paris from the forecourt.

It’s free to enter the Basilica, but no internal photographs are allowed. The main attractions inside the Basilica are the Apse Mosaic and the Grand Organ. The crypt is accessible, but is currently closed due to security reasons (September 2017).

After visiting Sacre Coeur, we headed to Saint-Pierre de Monmartre, which is a Catholic Paris Church slightly to the West of Sacre Coeur. It’s one of the oldest surviving Churches of Paris, completed in 1147. For more than six centuries, it was a Benedictine Abbey as well as a Church. 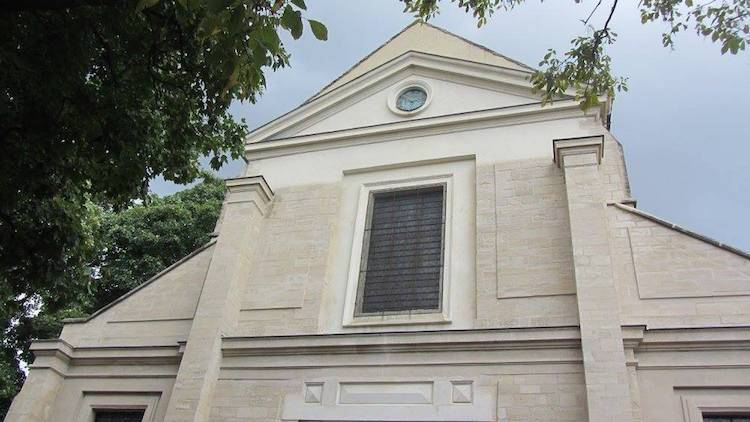 Eglise Saint-Pierre is free to enter and worth a visit for the internal stained glass windows and statues. The most interesting statue that I found was that of Saint Denis. 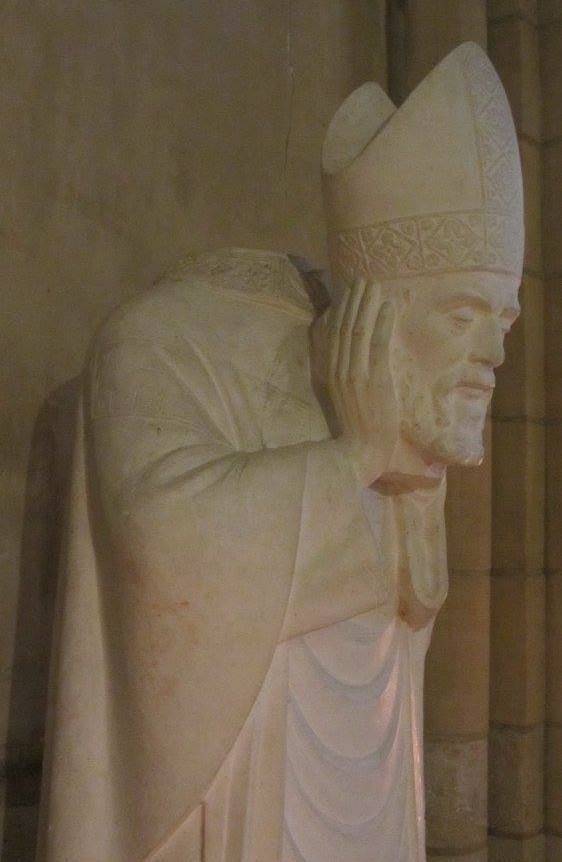 According to the ‘lives of Saint Denis’, Saint Denis walked for 6 km through Monmartre with his head under his arm, giving it to a pious woman at the end of his journey.

Where to stay in Monmartre

I highly recommend the Moulin Rouge area of Paris, as it’s full of bars and restaurants that are reasonable priced. That is if you can suck up the seediness of the area, as it is the equivalent of Amsterdam’s ‘red light district’! Nevertheless, this area is accessible and great for the Metro and Sacre Coeur. I recommend the Hotel Ibis Paris Monmartre and also the Mecure Paris Monmartre. I would say avoid Hotel Fiat – although it’s a slightly cheaper option, both the rooms and bathrooms are tiny.

Where to Eat in Monmartre

It’s more expensive to eat near Monmartre than the Moulin Rouge. In the Moulin Rouge area, I would recommend Rouge Bis for French food. For cheaper French food, go to Le Gourmet on Rue de Bruxelles. If you are simply in the mood for a cheap burger or steak and fries, Buffalo Grill is decent.

2 thoughts on “Sacre Coeur and Churches of Monmartre, Paris”